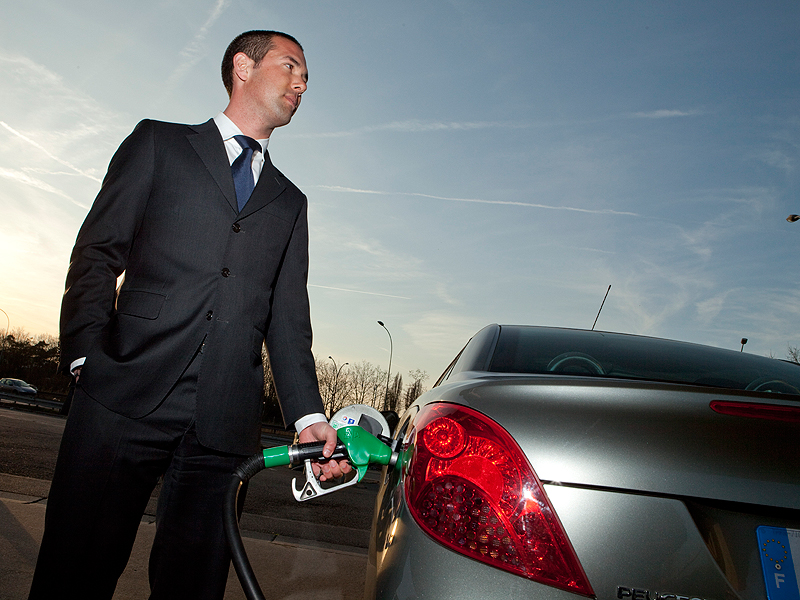 It never rains, but it pours. If the economic crisis is an uphill struggle to overcome smooth month by citizens, we had to see how the current government gives us a sting as there is a  sharp tax rise. Diesel fuel is now our new burden. No less than today, it has reached a record high with 1.336 euros, beating the 1.329 euros / liter reached in July 2008.

Sure, “then they will say that the price of fuel in Spain is below the EU average (1.465 EUR 1.553 EUR diesel and unleaded gasoline of 95 octane). Okay,we  admit “octopus as a pet,” but it is no less evident that our purchasing power is below the European average, in the average income and price level. Let that give you an idea: to fill a tank of 50 liters capacity is no less than 66.80 euros 11,000 old pesetas, as a local Spaniard would say-.

In short, the devaluation of the euro in opposition to the dollar got the blame of the fuel prices. Dollar has increased nearly 14 percent from last year in April, according to the Spanish Association of Oilfield Products Operator (AOP).

With the ‘tsunami’ of the crisis set in our “bull’s skin,” five million unemployed and frozen wages to groups as civil servants,  the amount of taxes you pay for this valuable mixture of hydrocarbons essential to the engines of  our vehicles is really unacceptable. Neither the special tax charged  to the fuel with  51 percent, of which 43 percent goes to the oil companies and 6 percent to petrol stations. Without counting the 18 percent of the corresponding VAT to be added. It would not hurt a reduction in the tax burden, or  a tax reduction for fuels which is in a high rate, 18 per cent. We could reduce in a point or two VAT percent, but it would require the approval of the EU, which oversees tax harmonization in the EU countries.

When the situation tightens, it’s time to see whether our leaders in charge are above or below the norm.